2017 has been a strong year for Kaizen as an agency – not only have we grown tremendously in terms of numbers, but we’ve also seen a great success in our campaigns and their coverage.

Ranging from all different niches, we’ve managed to gain coverage in some of the most well-known publications.

In light of this, we’ve decided to review our top 5 campaigns and look back at the great work that our team has achieved in 2017:

TotallyMoney – The World’s Most Cultural Cities

TotallyMoney released an interactive guide and infographic illustrating the most cultural cities around the world, taking into consideration factors such as UNESCO World Heritage Sites to Michelin Star restaurants.

The interactive guide focused on an international approach while the infographic highlighted the UK’s Most Cultural Cities – allowing us to reach out and apply pitches to regional publications as well.

This piece was successful not only in the UK and US but because Amsterdam ranked as the best city for culture, we were able to secure coverage abroad in publications such as Glamour NL and I am Expat NL. In total the campaign achieved 36 pieces of coverage – with coverage in the Mirror and Business Insider.

MrGamez – The Most Expensive Records

In preparation for Record Store Day in April, we looked at creating an infographic illustrating 25 of the most expensive and iconic records that music lovers could get their hands on or possibly already have in their collections.

Ranging from the Beatles’ ‘Please Please Me’ valued at over £6000 to David Bowie’s ‘Station to Station’ valued at just over £3000, the infographic covered some of the most recognisable names in music, while also highlighted their popular contribution to the industry.

With coverage in 30 publications, such as Billboard, CNBC and AOL Money, the infographic not only gave fans valuable information but also provided a nostalgic feel for some of their favourites. 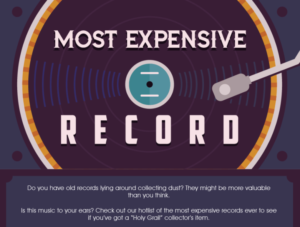 In May, TotallyMoney released an interactive tool and infographic highlighting the cities in the UK that spent the most on their beauty, from gym memberships to teeth whitening and hair salons.

With Leeds taking the top spot as the UK’s Biggest Beauty Spenders, the piece gained coverage in over 31 online publications and in a range of sites, such as Dentristy.co.uk, as well as Marie Claire, Harper’s Bazaar and the Metro.

Looking back at this campaign, one of the main reasons for its success was the various angles that were available, allowing users to break down various sectors, ranging from finance and UK business to beauty and lifestyle, and revealing interesting facts and figures.

Last year Marbles released the UK’s Best University Towns, which resulted in 27 pieces of coverage. In producing some outstanding results it only seemed fitting to update the data to reflect a 2017 version, highlighting if any of the 30 listed positions had changed over the last year.

The updated version received 19 follow links and 12 mentions, including many university websites and national/lifestyle publications such as Metro, Cosmopolitan and Business Insider.

Reworking an old content piece to reflect new data annually allowed us to see that while the concept may have been done in the past, it still appeals to an audience and there is room for adding new value – and hopefully creating a piece of content that audiences will connect with Marbles for years to come. 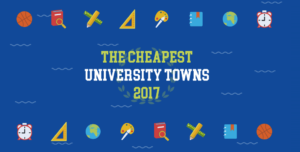 While the finance sector is rapidly embracing a cashless culture, from contactless payment to online transfers such as PayPal, ForexBonuses researched the top 10 countries that are implementing cashless societies.

From the start of this campaign it proved to be a current topic that interested a range of audiences and once it started picking up momentum, it didn’t stop.

With a total of 20 follow links, 3 nofollow links and 7 mentions, the piece was covered by some top publications including The Telegraph, Huffington Post Canada and Business Insider. 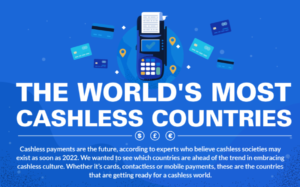 While these top 5 campaigns are just a few of our successful projects this year, we definitely look forward to all that’s to come in 2018 in terms of our content creation and coverage.

If you would like to chat more about any of our pieces, feel free to get in touch!