Read the Room: How to Make the News Cycle Your First Priority

As a PR, it’s incredibly easy to get carried away with your next big idea. After all, most of us are personable creatives – and surely half the skill of PR is being able to make any campaign land based entirely on your rolodex of strong contacts and charm? Equally, if your basic knowledge of what dates & news is traditionally trending is enough, surely you’ll always be prepared for anything the wider world throws at you?

The news cycle, or the cyclical nature of news trends which media pick up and use to inform all their content, used to be fairly predictable traditional and seasonal. Today’s hyperactive news cycle, in which headline news is cranked out from all sides on an almost daily basis and social media has altered the power balance between publications and public, calls for a different approach. Below, I’ve highlighted a checklist of tips and tricks to start you off on getting to know this new news cycle – and why it’s important to always stay abreast of it.

Get to Know the News

It sounds simple – but I’ve known several PRs in my career who don’t have a favourite newspaper, or even weekly magazine. If you’re looking to keep up with the news cycle, it’s important to know what’s being reported on, what reception it’s getting, and what big news stories are bubbling under. You could have the strongest campaign in the world and, if a member of the royal family gets engaged the next day, that’s all the papers will want to talk about.

Get into the habit of picking up a newspaper or two every week, and familiarising yourself with their stories (and reader reactions to those stories.) What interests do the most relevant journalists for your clients have? What kind of stories do they publish? Are there any messages in the wider publication around impending news stories that could derail a campaign? Are there (horror of horrors) any stories running that either detract from, or are too similar to, your next campaign? Knowing this first hand will help you both troubleshoot existing campaigns, and plan for new ones.

Not only will you be able to plan your campaign live dates better if you read the news, but it’s always easier to build a relationship with a journalist if you already have a relationship with their work. No amount of skimming first lines of recent articles in the hope of finding a similar buzzword you just used in your campaign makes up for having a real appreciation of a piece your target contact has written.

Get to know your target journalist outside of email pitches. Tweet their work with complimentary notes and tags to your network. Invite them for a face-to-face to hear more about what their publication’s themes will be over the next few months. Give them a call to soft-pitch them a story, and use their feedback to help plug any gaps you might have in your plans. There’s a stigma around picking up the phone to journalists in these days, mainly caused by people having received too many untargeted pitches in the past. The more you know your contact and their work, the more you’ll be able to angle your pitch to them alone – and the more chance you’ll have of strong feedback, and a potential exclusive in the pipeline.

Get Ahead of the Competition

Ambulance chasing current or breaking news is all very well, but news is turning over faster than ever in 2018, and the real key to going viral is to do something no one’s thought of before. Once you have a few good contacts, they should be getting in touch with your for quotes and information to back up their stories, giving you a good idea of which way the wind is blowing. However, if you’re not there yet or have moved into a different field of PR, there’s a few cheats you can implement to get to the top.

First of all, invest in a platform that allows you to receive journalist requests as they come in. This isn’t only a great way to get ahead of the competition by answering these requests as they come in, but also lets you pull together a good overview of upcoming stories. If you’re working on a story for a beauty client in January, and you see a lot of requests coming in for case studies or interviewees to celebrate body diversity, you may want to adjust your campaign so it talks more about a celebration of diversity, rather than ‘ideal’ looks. That way, you’re giving yourself more time to move your story into a more newsworthy place – and removing any nasty surprises further down the line, when the tone of coverage changes out of nowhere.

Be A Social Butterfly

You can also see the direction of conversation on social media, and sites such as Reddit which often break news before it happens, or find its way onto news outlets. Journalists also make a habit of checking these out for story ideas, so you’ll be in good company! Check at least twice a day for anything trending, whether that’s hashtags, products, competitor activity, or just general conversation online. Don’t forget that journalists are, now more than ever, aware of their readership – so if #TimesUp starts trending and you have a story on your books that could in any be seen as other than empowering to women, pull it and come at it again from another angle! Your client will thank you later.

There’s also no substitute for being friends with others in your industry, and appreciating their work. Get yourself along to a few conferences, round tables and networking events to meet others at your level, share war stories, and see if you can come at all your problems from another angle. Similarly, listen to PRs you respect talk about their great campaigns and how they generated coverage from it – is there anything there you can learn from them? The more you can draw parallels between what viral campaigns in your industry have in common, the more you can start including those elements in your own campaigns.

There are some things that, if launched at the right time, will always garner you coverage – and they’re usually the simplest ideas you just haven’t thought of yet. For example, if you decide to pull all of the letters denoting a blood group from the street signs of London, it’s going to cause enough public curiosity to get everyone interested in you – and your message. In the same way, you can use an online only campaign to garner interest by giving your readership something simple they’ve always wanted, or been curious about – whether that’s commute times into Central London from outlying areas in a world of soaring London living prices, or a calculator which shows how much money the Kardashians have earned since you entered your query in real time. 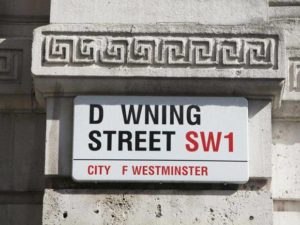 Viral ideas are, by and large, very simple. Once they’ve been done, it’s never good to copy word for word campaigns, as they tend to stick in the mind. However, by applying all the steps above and looking into your brand or client’s actual brand messaging, you can start working towards a core idea that speaks to many readers (and, by extension, journalists) rather than the few.

There is never an exact science to knowing which PR campaigns will land and which won’t, and the modern world is making it ever trickier to predict an ever-changing news and interest landscape. However, by taking the time to build your knowledge and networks, learn from others, and read the wider ‘room’ of our social world, you should be able to give yourself a fighting chance. Remember: media looks to positively engage your readership, and good PR campaigns should too. We’ll all get along a lot better if we’re singing from the same hymn sheet.

Interested in getting ahead with PR campaigns, or learning more about the ever-changing news cycle, but just can’t find the time to start? Drop us a line at akash.mehta@wp2.kaizen.co.uk and we’ll arrange a coffee and a chat to help you out.