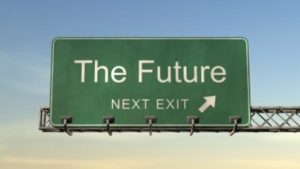 Digital media is taking over. Fewer people are reading print news, and instead they’re using apps, smart phones and laptops to access news and stories. PR and Marketing industries have to think about how articles now appear visually, and how to make them stand out of the crowd.

Here at Kaizen, we’ve come up with 5 things to think about when producing and marketing content.

From 2008 to 2015, the retail sales of newspapers and periodicals in the UK declined by a total of £1 billion. Generally, British people are far less likely to buy newspapers and magazines than they used to be, partly because people are less willing to pay for information sources now, or spend time reading a magazine from cover to cover. As well as this, daily life has never seemed so busy, so instead of balancing a newspaper while stuck on a packed train, people understandably opt for the more convenient way of reading off a phone screen. 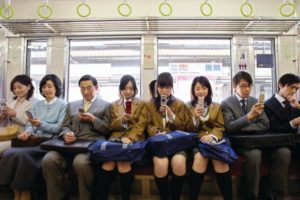 Digital media is clearly more important than ever, and we’ve rounded up five of the key ways that the move online has both positively and negatively affected content creation.

1. Find your own balance between content quantity and content quality. Now that information is free with unlimited access, the internet is saturated with topical news articles, with a premium on immediacy. Compared to newspapers and magazines, users of digital media sites have far less loyalty to one specific outlet, and will not hesitate to flick between different ones in order to find the most up-to-date coverage of a news story. Consequently, the number of freelance journalists has risen by 67% from 2000 to 2015, as more choose to or are forced to work across multiple news sites. When outreaching, think about adding freelancers to your little black book as well as publication-specific journalists.

2. Beware of overusing click-bait headlines. The huge influx of information at the touch of a button means that journalists have to be very tactical in how they present an article. But click-bait headlines tread a fine line – exaggerated titles that do not match the actual severity of the story can frustrate readers, and put them off reading altogether. For example, The Independent led an article with the headline:

‘A year on from when she first became Prime Minister, Theresa May is about to be replaced by someone even worse’

However, the actual content of the article is much more mild, suggesting that ‘you’ll soon come to the realisation that it could get a lot worse.’ It also adds that ‘I should note that it is early days yet. There’s not yet a genuine contest in the offing.’ The tone differs heavily from the headline, and people generally don’t like being ‘tricked’ into believing something is more dramatic than it actually is. Readers value honesty, and try to stay true to the content of your piece with your headline, so as not to off-put them from your site or content altogether.

3. Share articles on social media to gain more readers and traction. Social media is becoming increasingly influential on how people find out, read and engage with news stories. During the run-up to the U.S Presidential election in 2016, 20% of those surveyed stated that they had changed their view on a political or social issue due to something they had seen on social networks. Content Marketers should consider in advance how their work will appear if shared on Facebook, Twitter or any other social media site, making sure to include photos and videos to help it stand out in a feed.

4. Know your audience! It sounds simple, but now that so much of the internet is free and readily accessible, it can be tempting to try to cater for everybody. However, it’s now more important than ever that marketers really tailor their content to suit the publication and target audience, to make sure it feels naturally placed. With everybody able to voice their thoughts online, to stand out it’s best to create good quality, niche content that will get high quality engagement.

5. Make use of the interactive potentials of online marketing. Infographics, quizzes and polls are a great and very successful way of engaging the reader with content on a digital news site. The reader can be directed to personalised results by entering their answers, and if they enjoy it the content is often shared countless times on social media. For example, here at Kaizen, we created an interactive infographic that allows you to explore the most cultural cities from around the world. It landed coverage in the Mirror, Business Insider and The Culture Trip.

Less people are buying magazines and newspapers, and online news sites, articles and media are becoming increasingly popular. All this affects the approach of the Marketing and PR industries to their work. The readership is less loyal to one publication, and expects both a huge variety of stories to choose from, and for news to be available immediately.

There are difficulties and opportunities, and the industry is one that is constantly evolving, but one thing’s for sure: the future is certainly digital.