While there are similarities between ASO & SEO, such as keyword optimisation and competitor research, there are different key performance indicators (KPIs) which are being measured and that ultimately affects your app approach. Understanding what measurements are important for you and the business is fundamental for a robust strategy and effectively proving return on investment. This comprehensive guide covers the following:

iOS apps are built in Xcode and Android apps are built-in Android Studio. The apps are created here before being uploaded and connected to its analytics platform. This is also where firebase indexing, also known as universal links, is implemented.

The basic analytics platform for iOS is Apple’s App Store Connect, while for Google Play it’s Google Play Console.  This is where you can submit and manage your apps, update or maintain listings, run A/B tests, review analytics, and more. Each platform has its own capabilities, measurements, and requirements.

One major problem with these analytics platforms provided by Apple & Google is that limited analytics data is supplied. An example is that organic and paid activity is not segmented into its own reports to be reviewed, making it impossible to attribute value of either activity. This is especially an issue if paid activity is running across multiple platforms where KPIs can be inflated as measurements are double-counted.

As a result, app owners are likely to use third-party tools which segment KPIs. Third-party tools are implemented using a software development kit, more commonly referred to by its acronym, SDK. Mobile app developers add this to their app to collect measurement and app install attribution data.

Logging into app analytics, you’re given an overview of how each app is performing across the following measurements: Impressions, Units, Sales, Sessions (Opt-in Only), and Crashes (Opt-in Only).

Apple has more data restrictions than Google. Certain metrics are limited, based on the number of users who are willing to share their behavioural data. When iOS users set up their phone, they would need to have agreed to share their diagnostics and usage information with app developers. These users will only make up a certain percentage of your total app users so you will need to make an estimated total value based on this.

Going into each app, the following metrics are available: 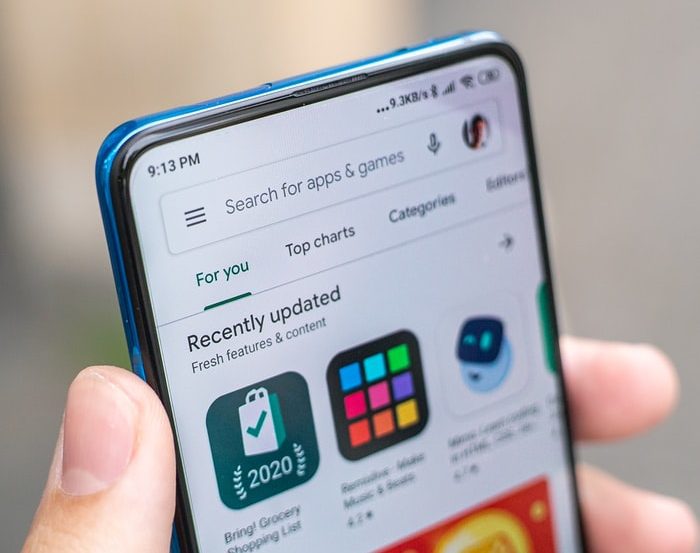 There is more information available within Google Play Console in comparison to App Store Connect. The overview dashboard that is shown when users first visit also summarises overall KPIs: New users acquired, users lost, average rating, crashes & ANRs (Application Not Responding). Quick reports can show the following metrics, some of which can be broken down into new devices or returning devices:

Other metrics available include average rating, cumulative average rating, crashes, ANRs, app download size, app size on the device (at install time), conversions, growth rate compared to peers, store listing visitors, first time installed, retention. Like App Store Connect, a large portion of these metrics are relevant to app developers and the product team who would be interested in measuring user experience in relation to a new app release, such as uninstalls or active devices.

Unfortunately, neither app analytics platforms will provide a list of keywords which users search for where the app gains impressions or installs. Keyword tracking needs to be set-up by app marketers using third party tools. There are a number of resources online with varying functionality to suit each marketers needs. Two key types of rankings need to be measured:

Organic keyword visibility refers to tracking a static set of keywords which has already been identified through ASO activity over time. This core set of keywords can be compartmentalised and categorised, such as branded and non-branded keywords. Additional methods of organic keyword tracking can use online tools, typically paid, which automatically tracks the app’s visibility in the appropriate app store, such as keywords driving installs or that the app is ranking for.

Chart visibility refers to the relevant category that the app has been categorised in, such as news or music, and comparing how it ranks in the charts over time. The app may rank for more than one category. Both types of rankings vary by country, so make sure to consider all relevant territories.

Any good reporting dashboard has a summary section where owners can get an idea of how the app is performing. For most apps, this is likely to include overall rankings, impressions, app store listing visitors, installs and conversions.

If an app has been scaled globally, across a variety of languages or there are different versions of the apps available, there is a chance that these apps are cannibalising each other depending on the set-up. In this case, creating formulas which show the whole view of all the apps is really handy to see how the app is actually doing.

As paid activity can affect organic rankings, it’s ideal to include both organic and total KPIs to show how ASO is performing overall, and if optimisations are needed.

How To Optimise for Voice Search & Actions on Google, Alexa & Siri

How Your Brand Can Optimise for Voice Search

5 Reasons Every Marketer Should Learn to Code