Lessons we Learned from BrightonSEO 2019

On April 12th, 2019, some of the Kaizen team travelled down to Brighton for one of the largest SEO conferences in the world. Here are some of their favourite bits…

The most impactful tips I received from the BrightonSEO event included sticking to the top headlines and angles once you’ve found them. I often find myself skipping onto a new angle, even if the previous send out received a high open rate, purely because no coverage came from it. Kat Kynes claimed in her talk ‘The Art of Content Necromancy: How to Resurrect a Dead Campaign’ that doing this was one thing that prevented her campaign from gaining as much coverage as it could have. The most prominent tips were based around those receiving the pitches. For example, Becky Simms‘ talk mentioned trying to gain the attention of influencers. This would be hard as most would request payment, however if the content is interesting enough, like with games as she suggested, this may tempt them to share the piece with an embed code. Similarly, in Hana Bednarova’s talk, she stated that she keeps track of what journalists want and remembers their preferences, this personalised touch to outreach is something that I will incorporate moving forward.

I’m most excited to fully utilise Google My Business as a source of traffic for Kaizen, almost like a ‘social media’ channel which needs to be kept up to date with posts and relevant information. 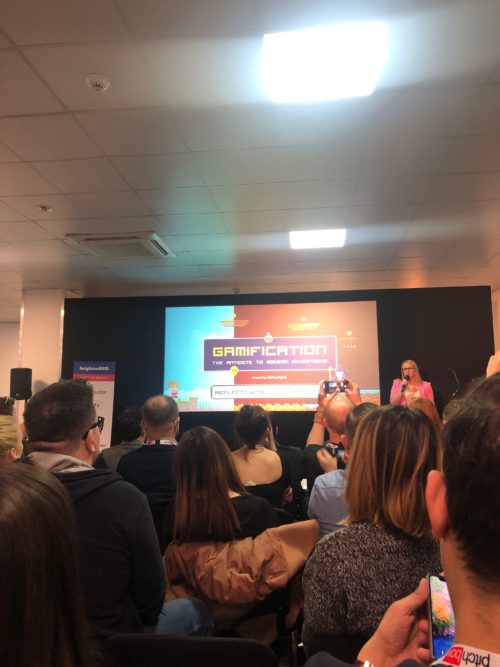 It will also be interesting to start tackling implementation issues with technical SEO solutions such as using CDN networks to inject script, as well as gaining a better understanding of how Googlebots work with headless chrome and puppeteer.

The talk that stood out to me the most was Link Building in a Fortnite by Becky Simms. Creating games for outreach is something I haven’t done before so it was particularly handy to run through the whole process step-by-step. It was also refreshing to understand that in order to keep the customer – or journalist in our case – interested, we need to be creating more touch-points to build relationships with them. Using a game for outreach, and as part of a wider integrated digital strategy, means that we are spending more time considering our customers needs and wants. Which (fingers crossed!) means we will build and outreach something that will resonate with publications, users and our clients – the perfect link building trilogy!

The talk that made the most impact in my mind was “ The Art of Content Necromancy: How to Resurrect a Dead Campaign”. The talk was given by Kat Kynes she began by explaining the campaign, which was about driverless cars, and swiftly moved onto the problems she encountered and eventually how the project died after multiple outreach attempts.

As she was speaking about how she breathed new life into her previously dead campaign she brushed over a point that resonated with me, she said: “just because an idea or campaign fails, doesn’t mean it was bad”. In hindsight, it seems like an obvious thing to say, but in truth, we’ve all had ideas that have failed and settled that the concept was bad, but what if it wasn’t?

Kat then described how she built onto her campaign to bring it back to life instead of completely reinventing it. She wanted to make it more relatable, so she conducted a survey of 2,000 people, and instead of stopping there she added a comparative element with additional research. By the end of it, she ended up with a series of data cards that we well designed and interesting.

Kat’s talk left me thinking of all the campaigns that could be resurrected just by adding a few points. I enjoyed not just how she brought the campaign back, but the methods she used to do it.

One of the most interesting things I learned at BrightonSEO this year, was that the most important thing we provide is for free as part of the ideation process. From Phil Nottingham’s talk, ‘Big-budget video advertising on a small business budget’, I learnt that most clients want their content to go viral on all platforms and get loads of clicks and impressions, but really what we need to do is manage expectations and specify the goals of the campaign before coming up with a creative. It shouldn’t be about getting 5,000 people to view your campaign for three seconds, it should be making sure your campaign resonates with 500 people really well.

I also really enjoyed Becky Simm’s talk on ‘Gamification’, as whilst it’s something quite simple, the human mind loves to be challenged and it’s a great way to retain and gain audiences whilst being creative.

How to Make Fake News for Links and Killer Outreach Emails That Get Opens were the two talks that stood out to me the most – they both touch on a point that I never thought about in depth. Although, I don’t see myself making fake news for outreach, it touched on a good point about designing content to attract attention and encourage those viewing it to create hyperlinks – which is a ever-growing struggle in digital PR. The talk by Hana about Killer Outreach Emails has opened my eyes to working on my communication with journalist to find out to find out how they like to receive emails and tailoring said email to them. Hana also made a point about mentioning to the journalist why you think the piece is relevant to them which I believe will help with the personalisation of emails and open a new lane of communication with them.

How Your Brand Can Optimise for Voice Search

30 Things you Should Know About Online Outreach